You are here: Home / Blog / Uncategorized / The return of D-EAMZ 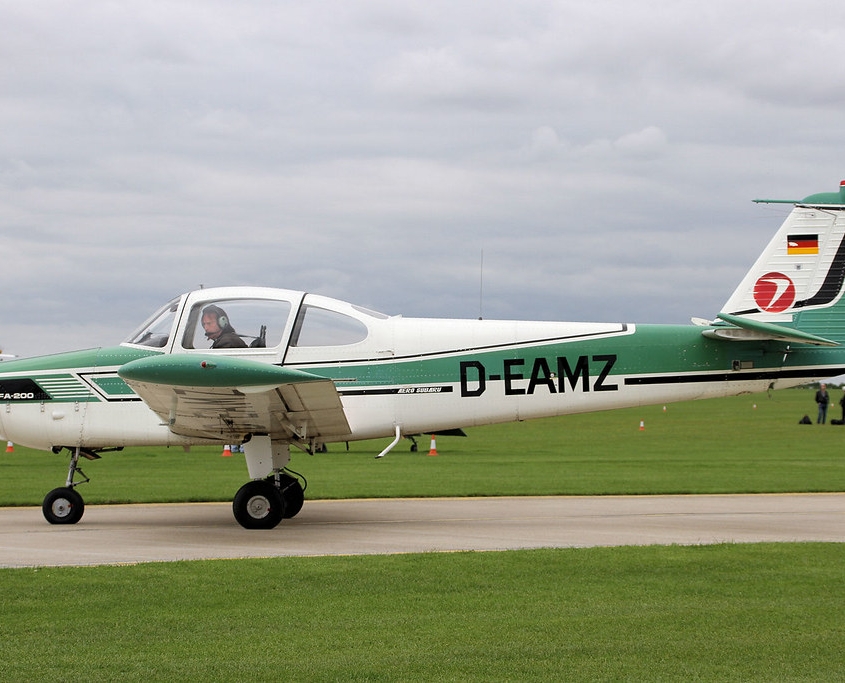 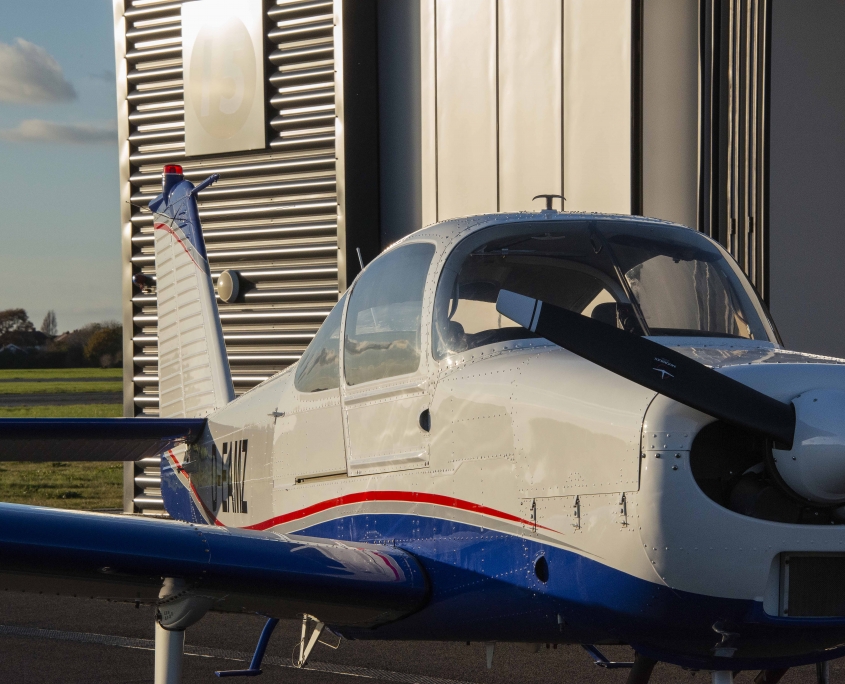 The Fuji FA-200, a highly versatile light touring aircraft that also falls under the aerobatic category. First developed in 1964 and achieving flight status in August the subsequent year, it sold a total of 275 units with production ceasing in 1986 after 18 years.

Originally priced at $20,000 the Fuji was a competitor for American manufactured aircraft. It had good performance specifications for that era, boasting an impressive cruise speed of 120 knots whilst providing a range of 530nm with a 45-minute fuel reserve. The Fuji is also aerobatic which is a very rare feature for a 4 seat touring aircraft. Certified within +6 and -3 G, the aircraft is capable of achieving many aerobatic manoeuvres which can consist of anything from lazy eights to loops. They are considered incredibly well-built aircraft, strong and robust meaning that they are great for the training market. A testament to this is the flap speed on the Fuji. The initial 15 degrees can be selected at 121 knots, with full flaps (35 degrees) available at 103 knots. The Fuji never quite managed to conquer the mainstream market with Cessnas and Pipers proving more popular. The Fuji was criticised for its exterior finish and interior basic avionics and their subsequent layout.

Our Fuji D-EAMZ is an early variant, powered by a Lycoming 0-320 D2A with a fixed-pitch propeller producing 160hp at 2700rpm. The 5.2-litre engine can provide a cruise speed of 90 knots at 75% power whilst maintaining the ability to perform aerobatics at higher power settings. D-EAMZ had recently undergone a full restoration at our partner facility in Perpignan; with fresh exterior paint along with a new glass cockpit and interior kit out, the criticisms of the Fuji type have well and truly been eradicated from D-EAMZ.

It is now available not only for training but also for any current licence holders wishing to fly a rare aircraft with a very modern twist. We are fairly sure that our Fuji is the only one with a full glass cockpit, and if not, one of only a few.